Texas philanthropist and entrepreneur Bernard Rapoport (1917–2012) founded the multimillion-dollar American Income Life Insurance Company. With his wife, he established the Bernard and Audre Rapoport Foundation to support organizations in Israel and Waco as well as the University of Texas and numerous other educational, welfare, and political projects. The couple heavily supported and contributed to liberal political causes and Democratic candidates in the United States, particularly Texas.

Born in San Antonio on July 17, 1917, Rapoport learned from an early age the importance of family, community, and generosity. His father David Rapoport had fled to the United States from Russia in 1905 following his involvement in the revolution against the Czarist regime. David and his wife Riva instilled in their son and daughter, Idel, the importance of education, political freedom, Judaism, and generosity. Rapoport worked his way through the University of Texas during the Great Depression, graduating with a degree in economics in 1939. He married Audre Newman three years later.

In 1951, Rapoport and his wife's uncle, Harold Goodman, founded the American Income Life Insurance Company (AILICO) with $25,000 in Indianapolis, Indiana, relocating the headquarters to Waco, Texas, in 1958. Under Rapoport's leadership, the company spread into labor union and credit union markets and became one of the first Union Label insurance companies. In 1994, the insurance and financial services holding company Torchmark Corporation purchased AILICO for $563 million, while Rapoport remained president and CEO of American Income Life until his retirement in 1999.

Rapoport learned from an early age the importance of family, community, and generosity. He worked his way through the University of Texas during the Great Depression, graduating with a degree in economics in 1939.

Rapoport was a lifelong supporter of the Democratic Party, starting with Homer Rainey's gubernatorial campaign in 1946. He later supported Ralph Yarborough, Frances "Sissy " Farenthold, Ted Kennedy, Alan Cranston, and George McGovern, during whose campaign in 1972 Bernard met Bill Clinton and Hillary Rodham. From 1974 onward, Rapoport donated to every one of Bill Clinton's campaigns and served as fundraiser for both presidential bids. 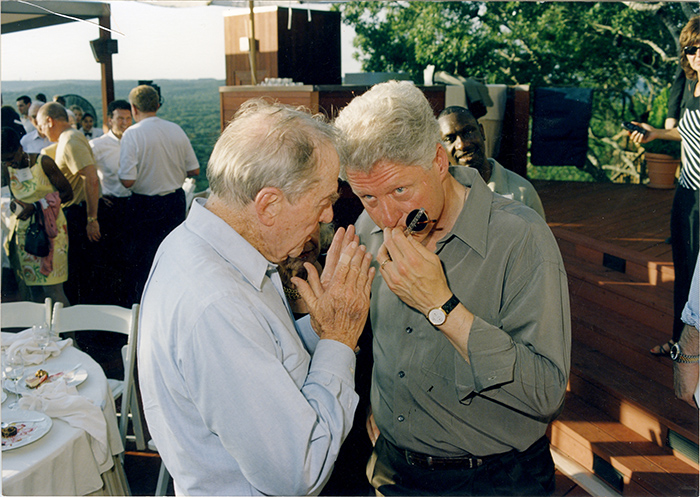 The Rapoports founded the Bernard and Audre Rapoport Foundation in 1987. Annual contributions support the state of Israel, the University of Texas at Austin, the Waco community, and other worthwhile projects, including the Jerusalem Foundation, Planned Parenthood, the Institute for Policy Studies, the Texas Observer, and Paul Quinn College. The Rapoport Academy in the Waco Independent School District is named in honor of Bernard and Audre's support.

Bernard Rapoport's time at the University of Texas (UT) greatly influenced his success in life, and his pride in his alma mater resulted in both financial and service contributions to the university. In 1991, Ann Richards appointed Rapoport to the UT System Board of Regents, on which he served as chairman from 1993 until his retirement from the board in 1997. During his tenure, the board initiated the South Texas-Border Initiative to increase access to higher education in South Texas, the purchasing power of the Permanent University Fund increased, and Chancellor Bill Cunningham introduced measures that resulted in $400 million in cost savings. Rapoport also established endowments for scholarships and chairs in economics and the liberal arts and contributed to the Blanton Museum of Art and the Bernard and Audre Rapoport Center for Human Rights and Justice. Named in recognition of the couple, the Bernard and Audre Rapoport Building on the UT-Austin campus houses the Department of Economics.

Bernard Rapoport first became associated with the Dolph Briscoe Center for American History in 1992, when he donated his papers. The Bernard Rapoport Papers document his career with the American Income Life Insurance Company; his support of Democratic politicians and issues; and his philanthropic activities.

Bernard Rapoport's time at the University of Texas greatly influenced his success in life, and his pride in his alma mater resulted in both financial and service contributions to the university.

In 2002, the University of Texas Press, in the Briscoe Center's Focus on American History Series, published Rapoport's memoir, Being Rapoport: Capitalist with a Conscience, as told to Briscoe Center director Dr. Don Carleton. Part of the research for this book resulted in the Bernard Rapoport Oral History Collection, which contains audiotape interviews with numerous family members, friends, and colleagues of the Rapoports. 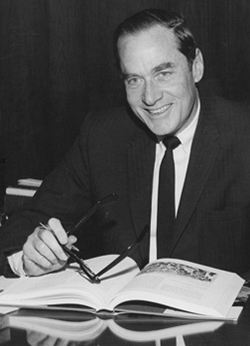 A project of the Dolph Briscoe Center for American History. With generous support from the Bernard and Audre Rapoport Foundation